Posted on January 28, 2020 by fredyatesgallery

Fred Yates spent the last (very productive) years of his life in the mountains at La Motte-Chalancon, a picturesque medieval village in the Drome department in southeastern France.

Fred Yates in front of his house in La Motte 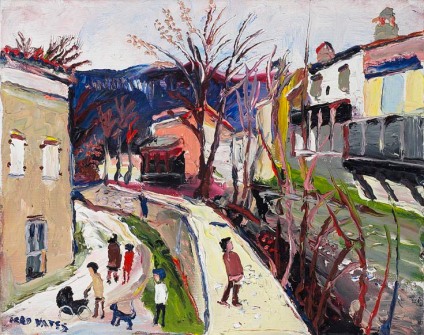 These were some of Yates’ most productive and expressive years and his work developed a  new strength and vibrancy.

Read about the time he spent following in the footsteps of some of the Art World’s greats by visiting the La Motte page in the main menu or clicking on the link below.

This entry was posted in Uncategorized. Bookmark the permalink.